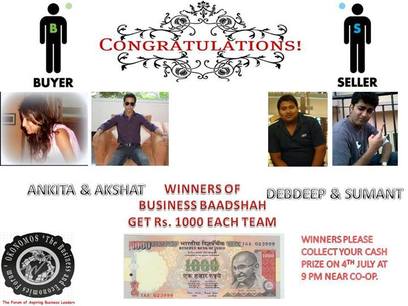 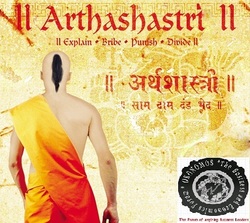 The business world has become an epitome of cut throat competition. Decisions made result in consequences that are beneficial or adverse for parties involved. The new era for competition and survival along with the extrinsic economic factors builds pressure on enterprises to perform . How will you survive? In this situation , the dilemma is looking for profit maximization in short term ,sacrificing welfare of society OR wealth creation in long term ensuring sustainable growth of society? This game will aim at testing the participant's skill in different aspects of business and economics. Face these challenges and emerge as a winner.

o  Round 2: On Campus Events 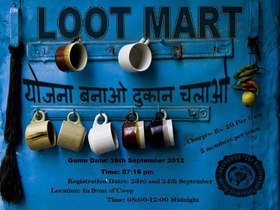 On the 25th day of September 2012, OKOFUN came to IMT when Okonomos organized its game Loot Mart. This was a fun-filled, chaotic and “bazaaru” game wherein the participants played the roles of sellers and Buyers. These teams had to maximize their profits in a game where competition was the name of the game. The scene was filled with noise and cacophony as the sellers tried to lure the buyers with attractive propositions and great bargains.
The game was so loud that the LRC Hall almost became the Indian Parliament!
However when sanity returned to the stage, we had among us two teams who were able to get heard on top of all the commotion. These teams were- Buyer winner- Nilesh Kashikar and Rajender Gulati and Seller winner-Abhishek Gupta and Varun Agarwal 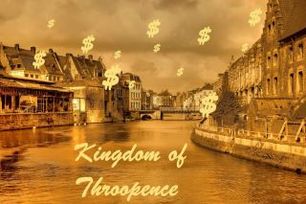 The game focused on how well a team was able to take advantage of the various opportunities around it. In the second round the team had to sustain in a economic scenario and maximize its wealth along with the basic needs. There were various options available as it is in a real world. Their basic knowledge related to business and economics along with negotiation and quick decision making skills was analyzed. All the activities in this event had its own advantages and disadvantages which resembles the actual scenario.
The team had to take the smartest decision considering various aspects like time, return, ethics, and opportunity cost etc.

The Event witnessed enormous response with participation from various B-schools across India. The Participants enjoyed the being the part of the event whereby they were exposed to a virtual economy which stimulated by Team Okonomos. Various activities included banking, spot trading, Future trading, betting etc. Apart from all these there was a news screen whereby all the major happenings in the economy were being flashed and it was up to the participants to take the smartest decision by foreseeing its effect on the economy.
Powered by